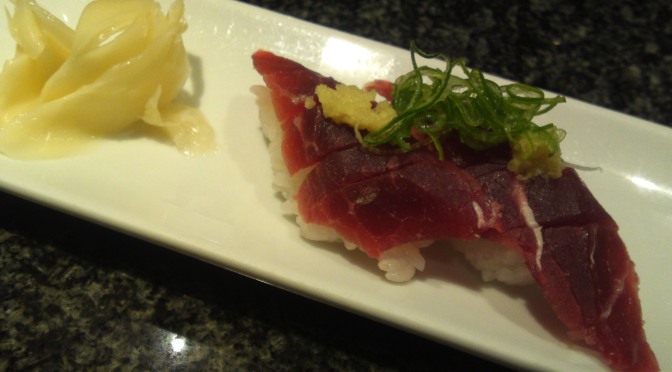 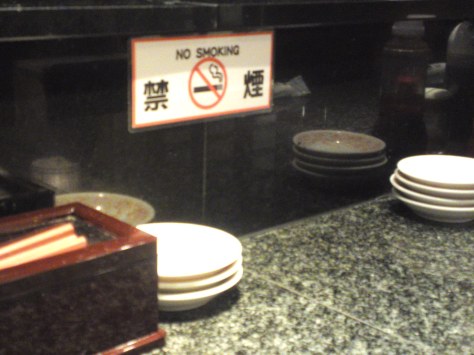 Uogashi Sushi/魚がし鮨 is the major sushi restaurant chain in Shizuoka Prefecture ( a total of 40+ establishments including those at Haneda Airport, Tokyo, Yokohama and Nagoya), but with a big difference: most of the fish and seafood are local, especially from Numazu Harbor where the company started. Expect the freshest quality at very reasonable prices!
You will find this particular restaurant in the ASTY Corridor inside Shizuoka JR Station.
I would advise you to choose a seat at the counter (the prices are the same everywhere!) just inside on the right as it is non-smoking and at a far enough distance from the smokers’ seats!

Since they have 5 or 6 of them at all times, ask for a local sake!
Although it was lunch time I had this “Karakuchi/Dry” by Fuji-Takasago Brewery in Fujinomiya City. Report coming soon!

The interesting thing in this particular establishment is that they serve whale meat in at least 7 different fashions! 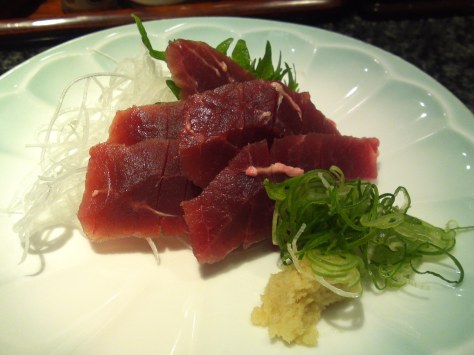 Served with grated ginger and finely chopped scallions you dip together in soy sauce! 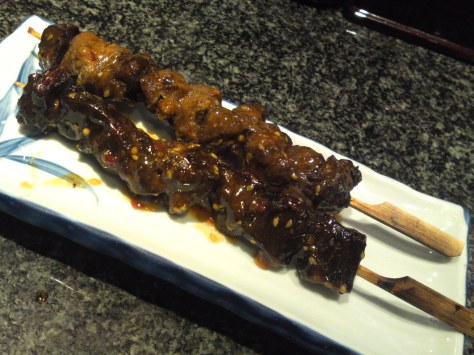 The meat has a solid bite, very similar to beef!

Among the specialties from Shizuoka Prefecture, raw “shirasu” is a must! 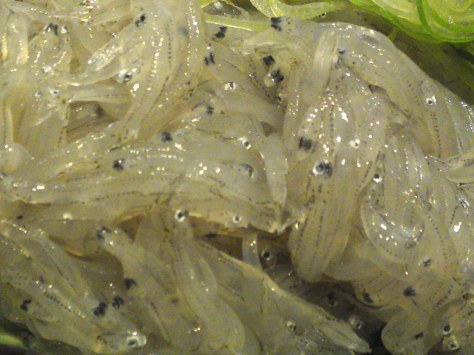 These are the whiting of a variety of sardine called “kata kuchi iwashi” in Japanese!
Raw, it is usually served with grated ginger and finely chopped scallions! 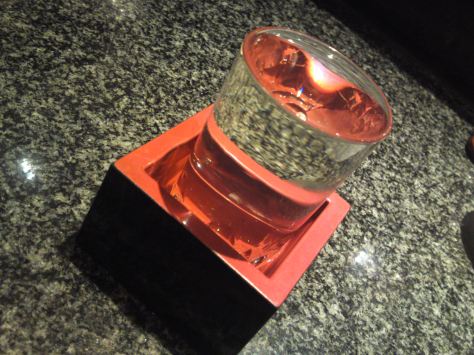 Another glass of sake! Garyuubai by Sanwa Brewery in Shimizu Ku, Shizuoka City!

This particular fish can be very dangerous if you mistake it for the wrong variety! Globe fish or puffer, called “fugu” in Japanese! 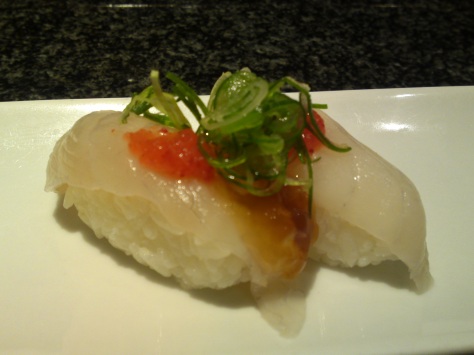 No need to dip it in soy sauce as it is served already seasoned with momijioroshi/grated daikon with chili powder and jelly! 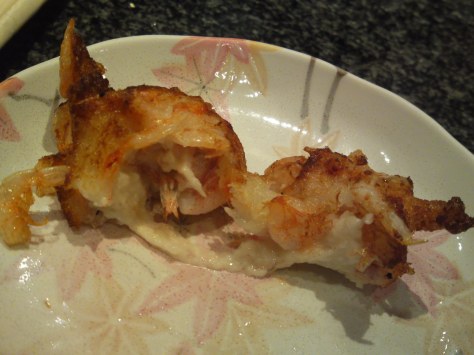 Tamago Yaki for dessert, of course!

Expect more visits as I haven’t exhausted the whalemeat menu yet!