If you want to pay a visit to S-Pulse Dream Plaza in Shimizu Ku, Shizuoka City take free limousine bus from Shimizu JR Station right exit!
The place is worth visiting for many things,especially local gastronomy! 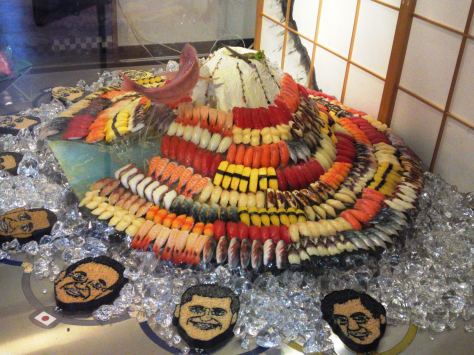 Shizuoka Prefecture and Shimiu Ku, Shizuoka City in particular is celebrated all over Japan for its seafood and sushi in particular!

just by the entrance of the sushi restaurant arcade you will discover this gastronomic and artistic of Mount Fuji which became a World Cultural Heritage last year!
It would become an interesting challenge to guess what sushi are represented there!
They are all models of real sushi assembled together as a quaint Mount Fuji! 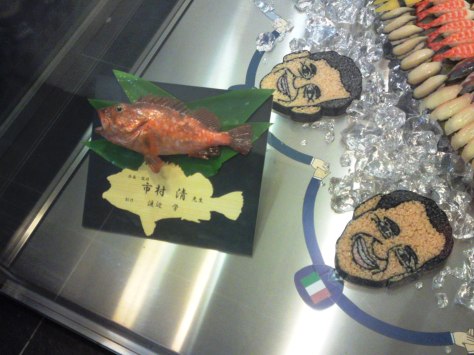 Even the chefs’ aces are real sushi copies!